Last week CPTED-UK attended a SABRE Assessor Training course delivered by the Head of SABRE. As part of the BRE family, SABRE is a security risk management standard for new and existing buildings, infrastructure assets and managed space. The scheme provides industry with a framework that can be used during the design, construction and operation of assets to achieve better security outcomes and return on investment. 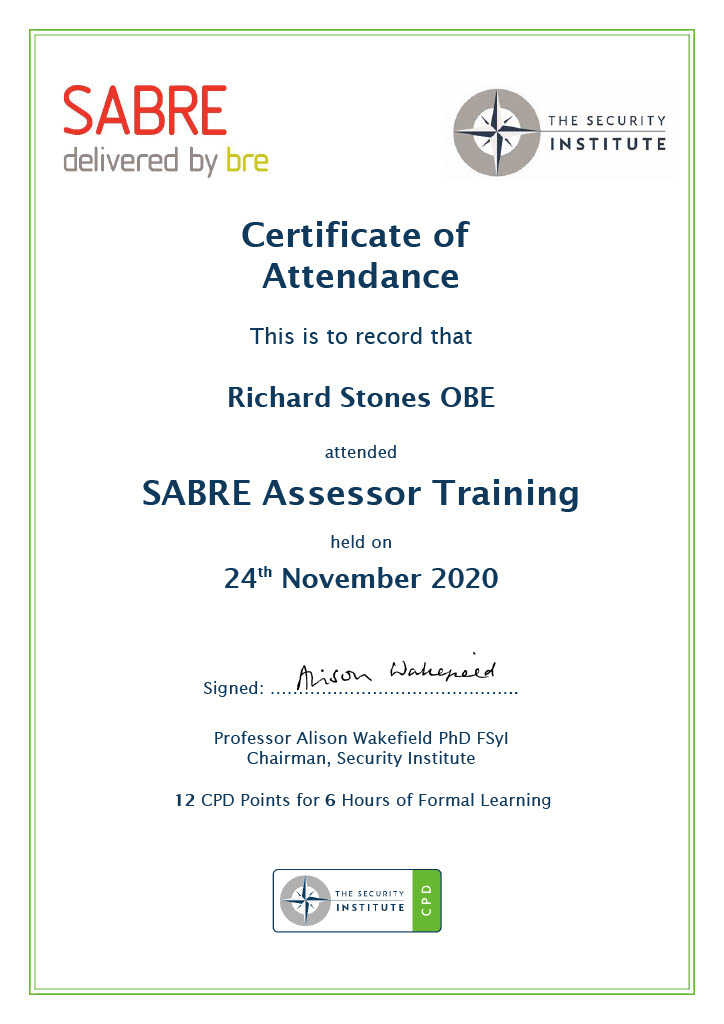 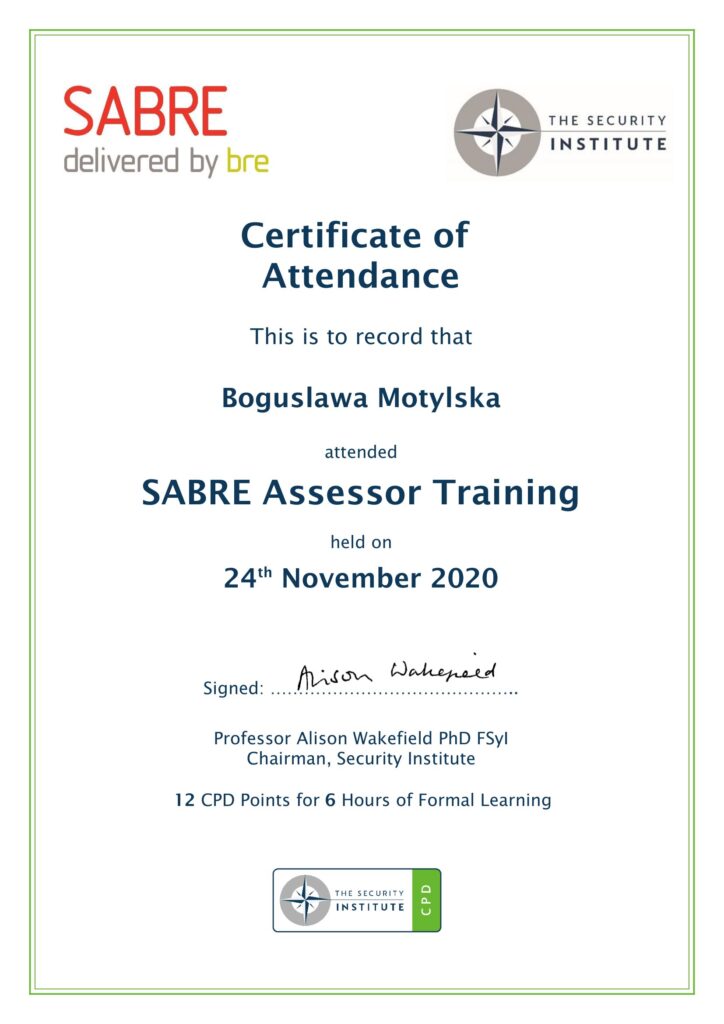 BRE Group usually host training at their Watford Headquarters but due to Covid-19 restrictions the session took place online. Prior to the training itself we had intensely studied the SABRE resources which include the PN715 1.2- SABRE Operations Handbook and the LPS 2082 Issue 1.0 – SABRE: Security Assessment Standard for Buildings & Built Infrastructure Assets. We also had to pass a knowledge check to document sufficient understanding of the standard.

SABRE allows organisations to evidence their commitment to security and communicate their ability to manage security risks. This provides valuable assurance to tenants, insurers, investors, regulators, planning authorities and other interested parties.

SABRE is owned by BRE Global Ltd (part of the BRE Group), the international provider of robust, independent, third party certification of fire, security and environmental products and services. SABRE is the result of fundamental scientific research funded by the BRE Trust.

SABRE was launched in 2017. The first development to achieve the accreditation was the St Regis Hotel in Astana, Kazakhstan. SABRE compliance is a planning condition for the development of the £300m film and TV studio in Dagenham, East London by a Hollywood firm that owns studios where films including Gone with the Wind and TV shows such as The Sopranos were filmed.

On Wednesday 25th November 2020 SABRE took the prize for contribution to security standards at the Security and Fire Excellence Award ceremony supported by IFSEC & FIREX.

CPTED-UK demonstrated the highest level of competence in security and risk management. We comfortably meet the criteria for a SABRE registered company, and you will soon find us in the BRE Loss Prevention Certification Board (LPCB) Red Book.

This website uses cookies to improve your experience while you navigate through the website. Out of these cookies, the cookies that are categorized as necessary are stored on your browser as they are essential for the working of basic functionalities of the website. We also use third-party cookies that help us analyze and understand how you use this website. These cookies will be stored in your browser only with your consent. You also have the option to opt-out of these cookies. But opting out of some of these cookies may have an effect on your browsing experience.
Necessary Always Enabled
Necessary cookies are absolutely essential for the website to function properly. This category only includes cookies that ensures basic functionalities and security features of the website. These cookies do not store any personal information.
Non-necessary
Any cookies that may not be particularly necessary for the website to function and is used specifically to collect user personal data via analytics, ads, other embedded contents are termed as non-necessary cookies. It is mandatory to procure user consent prior to running these cookies on your website.
SAVE & ACCEPT
Scroll Up